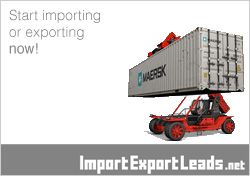 BASIC ETIQUETTE
Australians are popularly known for their relaxed and casual lifestyles. However, there are some unwritten rules that visitors are advised to follow. Eating and drinking in public transports and many shops and galleries are usually unacceptable. Smoking is strictly prohibited in all public buildings, restaurants, on public transports, in taxis and most stores.

SOCIAL CONVENTIONS
A largely informal atmosphere prevails; shaking hands is the customary greeting. Casual wear is worn everywhere except in the most exclusive restaurants, social gatherings and important business meetings.

ELECTRICITY
The electrical current in Australia is 240/250 volts, AC 50Hz with Australia using a three pronged power outlet. Adapter sockets are widely available from most department stores. Universal outlets for 240V or 11 OV appliances are usually found in leading hotels.

MEDICAL
Visitors can bring reasonable quantities of prescribed medications into Australia. All should be clearly labeled and identifiable. For large quantities, bring a doctor's certificate to produce to Customs if necessary. Chemists (Pharmacists) can fill most prescriptions but some may need to be reissued by an Australian registered doctor. In the event of illness, your hotel should be able to call a doctor or refer you to one, or you can call your country's High Commission, Embassy or Consulate-General for alist of doctors. Travel insurance is recommended for all travellers.

TAXIS
Meter operated taxi cabs service all major cities and towns. You will find taxi ranks at transport terminals, major hotels or shopping centres or you can hail them in the street. Vacant cabs have a light and sign on the roof. There is a minimum flagfall charge, then a charge for the distance travelled.

TELEPHONES
The minimum cost of a local phone call is A$.40. Long distance and international calls can be made on the public payphones which operate on a variety of coin denominations. Phonecard is a pre-paid card for use in public payphones to make local, long distance and international calls. It is available from a number of retail outlets and can be used at most public payphones. Creditphones use most major cards such as AMEX, Visa and Diners International, and can be found at international and domestic airports, central city locations and hotels. Long distance calling cards are available from most convience stores and supermarkets and can offer substantial savings on oversea calls from Australia (e.g. 3 cents per minute calls to China)

Current exchange rates can be found using our currency convertor. As of the time of writing $1 (AUD) bought $0.77 (USD), or 6.20 RMB (CNY) Chinese RenMenBi.

Don&rsquo;t bother with traveler&rsquo;s checks. No one likes to cash them, and everyone charges you 5% for the privilege. ATM machines are everywhere and you shouldn't have any problem using your international cards (cirrus, maestro, visa, mastercard, etc) on them.

TIPPING
Tipping is not obligatory and service charges are not charged at hotels and restaurants. For special service, a tip of 10% is acceptable for waiters. Taxi drivers do not expect a tip, but it is common for most to round up to the next dollar. At any time, tipping is your choice.

TOURIST INFORMATION CENTRES
Even in the smallest town you will find an outlet distributing local tourist information and advice free of charge. Look for the international "I" sign for information.

Customs - The following items may be taken into Australia by persons over 18 years of age without incurring customs duty: 250 cigarettes or 250g of tobacco or cigars; 1.125l of any alcoholic liquor; articles for personal hygiene and clothing, not including perfume or fur apparel; other goods to a value of A$400 (A$200 if under 18).
There are very strict regulations against the import of non-prescribed drugs, weapons, firearms, wildlife, domestic animals and foodstuffs and other potential sources of disease and pestilence. There are severe penalties for drug trafficking. For further details on customs regulations, contact the information center of the Australian Customs Service (tel: (2) 6275 6666 (from outside Australia) or (1 300) 363 263 (from anywhere in Australia); website: www.customs.gov.au). Customs information booklets can be obtained from the Australian High Commission or Embassy.

Sea/River - There are 36,738km (22,600 miles) of coastline and many lakes, inland waterways and inlets, all of which can be used for touring by boat. From paddle steamers along the Murray River to deep-sea fishing cruisers along the vast Barrier Reef, all are available for charter or passenger booking. Most tour operators also handle shipping cruises. The Spirit of Tasmania is an overnight car-ferry service linking Melbourne with Tasmania daily (website: www.spiritoftasmania.com.au).

Rail - Over 40,000km (24,850 miles) of track cover the country. Due to the vastness of the country internal flights are a preferred option for traveling long distances, particularly as rail travel can be slow and relatively expensive. For further information on rail transport within the different States, see the individual State entries, or contact Rail Australia (website: www.railaustralia.com.au).

Coach - Major cities are linked by an excellent national coach system, run by Greyhound Pioneer (website: www.greyhound.com.au). Tasmania also has its own coach service, Tasmanian Redline Coaches (website: www.redlinecoaches.com.au). There are numerous other companies operating State and Interstate services.
The main coach express routes are: Sydney to Adelaide, Melbourne (inland), Brisbane and Canberra; Canberra to Melbourne; Melbourne to Adelaide; Adelaide to Alice Springs, Perth and Brisbane; Darwin to Alice Springs, Cairns, Perth and Kakadu; Alice Springs to Ayers Rock; Cairns to Brisbane; Brisbane to Sydney (inland and coastal) and Melbourne.
Coach passes are available for travel on a variety of routes for between seven days and one year, such as the All Australian, the Sunseeker, the Aussie Reef & Rock, the Coast to Coast etc. The Aussie Kilometer Pass allows you to purchase your travel in kilometers and then travel in any direction on the national network to the distance purchased. It is advisable to purchase these passes before departure from country of origin.
Coaches are one of the cheapest ways to travel around Australia, as well as one of the most comfortable, with air conditioning, big adjustable seats and on-board bathrooms; some also have television and the latest videos.

Road - Traffic drives on the left. Road signs are international. The speed limit is 60kph (35mph) in cities and towns in most states but 50kph (31mph) in Victoria and Western Australia, 50kph/31mph in all suburban areas and 80-110kph (50-68mph) on country roads and highways unless signs indicate otherwise. Seat belts must be worn at all times and driving licenses must be in the driver&rsquo;s possession when driving. Driving off major highways in the outback becomes more difficult between November and February because of summer rain, as many roads are little more than dirt tracks. Road travel is best between April and October. Distances between towns can be considerable, and apart from ensuring that all vehicles are in peak condition, it is advisable to carry spare water, petrol and equipment. Travelers are advised to check with local Automobile Associations before departure in order to obtain up-to-date information on road and weather conditions. Bicycle helmets must be worn by all cyclists.

Public Transportation - Comprehensive public transport systems are provided in all the main towns. The State capitals have suburban rail networks, those in Sydney and Melbourne being particularly extensive, and trams run in Melbourne and Adelaide. Meter-operated taxis can be found in all major cities and towns. There is a minimum 'flagfall charge&rsquo; and then a charge for the distance traveled, a small additional payment may be required for luggage and telephone bookings. Some taxis accept payment by credit card.

I stayed in budget backpacker hostels pretty much the entire trip. Sometimes I felt very old. The most reputable ones are those belonging to AYH (Australian Youth Hostels). Some of the others, especially in the big cities, cater to a youthful party crowd and can be unpleasant places to try and sleep. Many of the AYH hostels, in contrast, are alcohol-free, which is a blessing, and the security is better. You can join at any AYH hostel for a nominal fee. It&rsquo;s a dirt cheap way to travel. My room in Perth cost under $20 a night. Most are bath-down-the-hall types, but I was always able to get a single room to myself that locked, and sometimes I even had a window. If you don&rsquo;t mind sharing, the dorm rooms are seriously cheap--$5 to $10 a night. Click here to read of accomodation and lodgings guide.

In the cities you can find any kind of ethnic anything. Australia has a rich immigrant tradition, and so you can find some great restaurants. However, once you leave the urban oasis, it&rsquo;s a different story. It&rsquo;s a high-fat, high cholesterol, anglophile world out there, with overcooked vegetables on a steam table and lots of lamb. As one guide book put it, &ldquo;The gourmets are the ones that eat the garnish on their steak.&rdquo;

Weather varies quite widely throughout Australia. In the South (Victoria - Tasmania) winters can get fairly cold 5-12c while sunny summer days can reached 40+c temperatures. Up the northern parts of Australia (NT and Queensland) they enjoy a more tropical climate, with mild temperatures in winter (June-Aug) while hot weather throughout the rest of the year.

Mosquitos can be a bit of a problem in some area so make sure you come armed with some insect repellent. Flies are also a major problem at some times of the year and can become quite annoy, especially if trying to enjoy a barbeque outdoors. If travelling of the beaten path make sure you keep an eye out for poisonous snakes and spiders which are not uncommon to be seen.